New Year's changes while I am on hiatus. 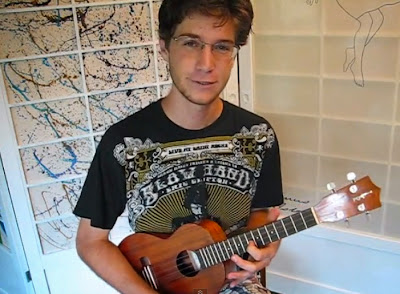 Some of you may know that I will be on an extended absence for the next two months.  Not to worry, I'll be back in time for the Beginner's WikiWiki in Ballard in March.

The Bad with Good News: No Beginner's WikiWiki in Ballard until March 16th.  While I am gone you'll have no excuse to not practice…. as I'll post each month a  new little learning lesson in this blog - ripped right out of YouTube and brought to you.

So.. let me introduce Brad Bordessa, as he shows you how to add a bit of vibrato to your playing.

Even Better Good News:  While I am gone.  Michael Fox has agreed to facilitate the West Seattle DelWiki Kanikapila… this will be at the usual time - 1pm.   The DelWiki has turned out to be a fun gathering… we play songs, and sometimes one of those songs brings to mind something to share.. it can get wild.  Really!

So come help out Michael at the Uptown Expresso on Delridge in West Seattle (just as you come off of the high-rise bridge) -- that's always the first Sunday of each month.  Even in January and February and that fist part of March that I will be gone.  Thanks Michael.

If you need more information just click here to go to our web site:

Get To Know The Stars